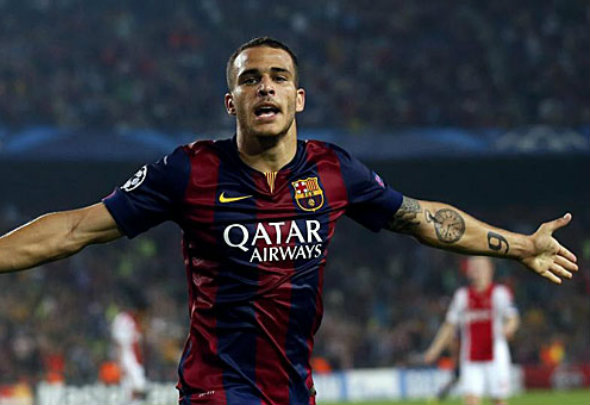 Tottenham are weighing up whether to hijack Everton’s bid to sign Malaga striker Sandro Ramirez, according to a report.

The Daily Star claim Spurs “tried to sign Sandro when he left Barcelona last summer and could still make a move for the player” as they keep close tabs on him.

It is said that Everton are pushing strongly to land the front man and have already opened preliminary discussions with his agent after manager Ronald Koeman and director of football Steve Walsh jetted to Spain to watch him in action.

The Daily Star report that Everton and Champions League semi-finalists Atletico Madrid have already tabled offers for Ramirez, who has also snubbed a potential move to Southampton.

Spanish publication Sport claim that the versatile attacker has a release clause in his contract which can be triggered at a cost of £5.1million.

Sandro has made a big impact at La Liga outfit Malaga since leaving the Nou Camp, netting 16 goals in 29 league and cup games in addition to four assists.

He has struck 14 times in the Spanish league and demonstrated the pedigree that has led to three Spain Under-21 caps.

Malaga are aware their hands are tied when it comes to fending off interest in the 21-year-old forward.

“Sandro is in demand. We cannot keep him if he doesn’t want to continue,” Malaga coach Michel recently admitted.

“We can’t do anything more than all the efforts we have made, and all we have to do is wait for his decision.”