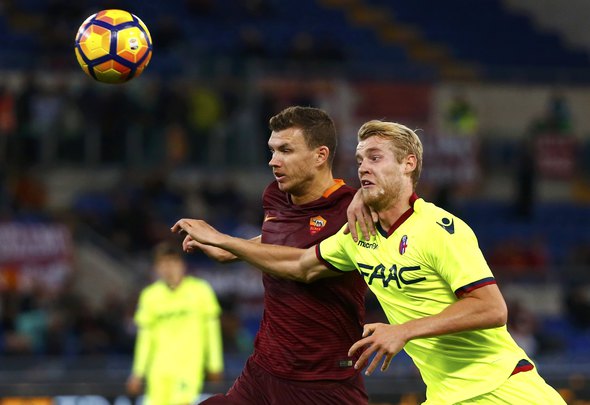 Tottenham have rejected the chance to sign Edin Dzeko this summer, Football Insider can reveal.

The Bosnia striker was offered to the Londoners by intermediaries representing the player as he sought one final transfer in his stellar career.

A Spurs source has told Football Insider that the club do not believe the striker, 33, would represent a good-value signing despite his prolific record in the Premier League, Serie A and Bundesliga. The forward is instead closing in on a move to Inter Milan although they have yet to agree a fee with Roma for a player they value at around the £18million mark.

Dzeko has just completed his third and what is now expected to be his final season for the Giallorossi, scoring 14 goals and supplying 11 assists from 40 matches. He was equally prolific at Manchester City, where he is well known to Premier League fans for the 72 goals he scored in 189 matches, and Wolfsburg.

Dzeko is also the national team captain for Bosnia-Herzegovina, with his 102 appearances yielding a hugely impressive 55 goals.

In other Spurs news, it can be REVEALED that Pochettino is to be handed a record transfer kitty on one condition.