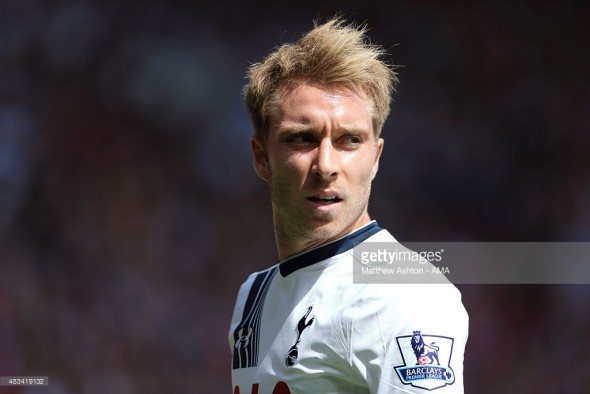 United made an offer of £23million for the Denmark international, which is believed to have taken been made earlier this summer.
But Spurs dismissed the Eriksen bid and have no intention of cashing in on the attacking midfielder, who has been a key figure in the team since joining for £9.45million from Ajax two years ago.
He was named Tottenham player of the year following his first season at the club, in which he contributed 12 goals and 16 assists in all competitions, and followed up adding 12 goals and five assists last season.
United are no longer pursuing Eriksen this summer but Football Insider has learned that Juventus are also closely monitoring the 23-year-old’s situation and could try and entice him to Serie A in the final weeks of the transfer window.

Tottenham rate Eriksen, who has three years remaining on the contract he signed in 2013, at £30million.
However, it is unlikely they will allow such an integral member of Mauricio Pochettino’s team to leave at such an advanced stage of the window without securing an adequate replacement.
Spurs confirmed on Saturday that Clinton N’jie has joined from Lyon in a deal worth £11.5million, signing a five-year contract, but the Cameroon international is a different type of player to Eriksen. He has been bought to inject pace and mobility into the front line.