The Brazil international, 31 is out of contract at the end of the season and has admitted talks over an extension have stalled with the west London club.

A Tottenham source has told Football Insider that the club are set to offer a lucrative contract to Willian before the next window as they look to make him their first recruit of the summer. 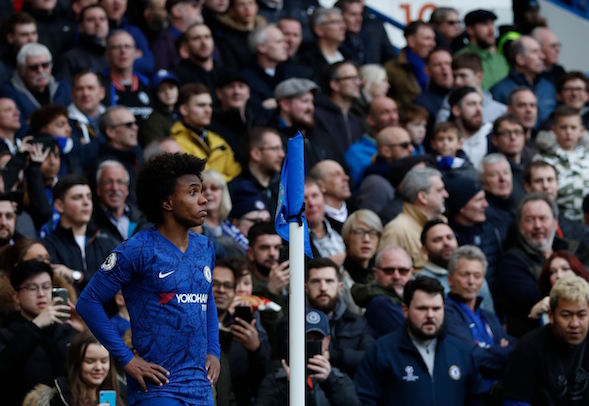 Spurs chief Levy, who spearheads the club’s transfer and contract negotiations, is keen to wrap up an early deal for a player Jose Mourinho has earmarked as a priority target.

The Portugese signed Willian from under the noses of Tottenham in 2013 when he was Chelsea manager and also tried to take him to Man United.

The attacking midfielder turns 32 in August and has made it clear he is seeking a three-year contract after only being offered a two-year agreement by his current club.

Willian’s bargaining power has been enhanced by excellent performances in landmark recent wins against Chelsea and Liverpool, both of whom he scored against.

He has scored seven goals and provided six assists from 37 appearances in all competitions for the Blues this season, 28 of which he has started. 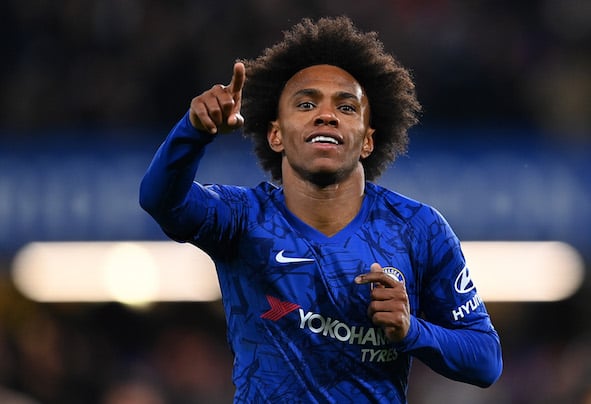 Willian told ESPN Brasil: “We really like London, I have said it many times. It is a city where my family and I love to live.

“Chelsea offered me two years, I asked for three years and everything stopped there.”