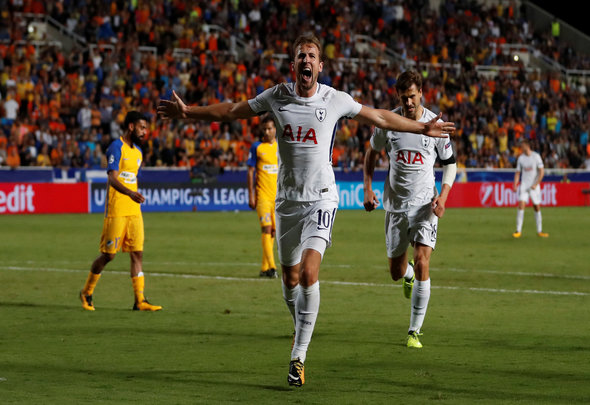 Tottenham will be missing both star striker Harry Kane and midfielder Victor Wanyama when they take on Manchester United at Old Trafford on Saturday after they were ruled out through injury.

The Kenyan enforcer has been a long term injury layoff after suffering a knee injury back in August, which has limited him to just two appearances this season, with Spurs confirming on their official Twitter account that he will be visiting a specialist next week as he looks to return to fitness.

TEAM NEWS: @VictorWanyama (knee) receiving treatment and continuing to go through rehabilitation, following up with a specialist next week. pic.twitter.com/bGkBAZEGOu

Kane meanwhile was substituted in last week’s 4-1 victory over Liverpool at Wembley, leaving the pitch clutching his hamstring.

The club confirmed that having undergone scans the striker had suffered a minor strain in his left hamstring, before Pochettino confirmed to the press on Friday that he would play no part at Old Trafford, as reported by journalist Ben Pearce on his personal Twitter account.

#thfc Pochettino says Harry Kane is OUT: "It’s a minor injury, v small, but we cannot take a risk for tomorrow. We'll see about Real Madrid"

The 24-year-old’s absence will come as a huge blow to Tottenham’s chances against Jose Mourinho’s side, having been crucial as a focal point of their attack this season.

He has scored 13 goals in 12 appearances, including eight in the Premier League to lead the top scorers’ table, while his likely replacement Fernando Llorente is yet to get off the mark for the club after signing from Swansea in the summer, with nine outings under his belt.

In other Tottenham news, Mark Lawrenson has said one team ‘showed no fight’ in when predicting Saturday’s clash.