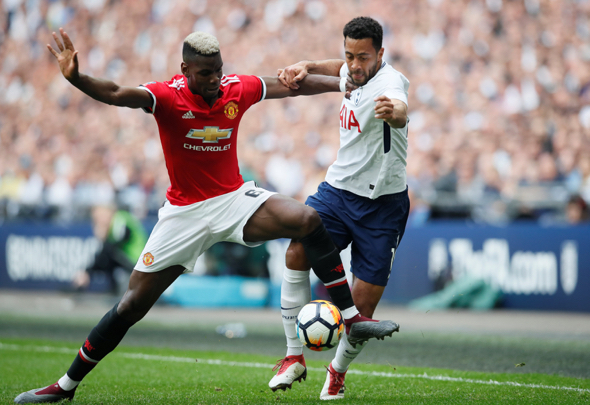 Tottenham will have to play Newcastle without the help of Mousa Dembele, Serge Aurier and Eric Dier, who have all been ruled out of the crucial Premier League game on Wednesday.

Ben Pearce, a journalist for ESPN, reported the team news on his personal Twitter page on Tuesday lunchtime.

He added that all three players would be monitored for Sunday’s final Premier League game against Leicester.

#thfc team news: Mousa Dembele (ankle) and Serge Aurier (hamstring) are still out, and so is Eric Dier, due to illness. All three will be monitored to see if they can play on Sunday. Harry Winks won't play in the final two matches.

After losing to West Brom in a shock 1-0 result, and then Liverpool losing to Chelsea, the top four spots, which once seemed so set are up in the air. The game against Newcastle is huge for Tottenham, and a win will see them leapfrog over Liverpool and put their fate in their hands with one game to go. Dembele will hurt the hardest from these three but losing Dier on top will compound the issue. It means former Newcastle player Moussa Sissoko could well start against his old side. Luckily for Tottenham, Newcastle are in a terrible run of form and Rafa Benitez has said he might bring in some youth players in a bid to shake them from their malaise now that their Premier League safety has been assured. Three points for Tottenham would be massive, but they’re going to have to get them without two of their brightest midfield stars.