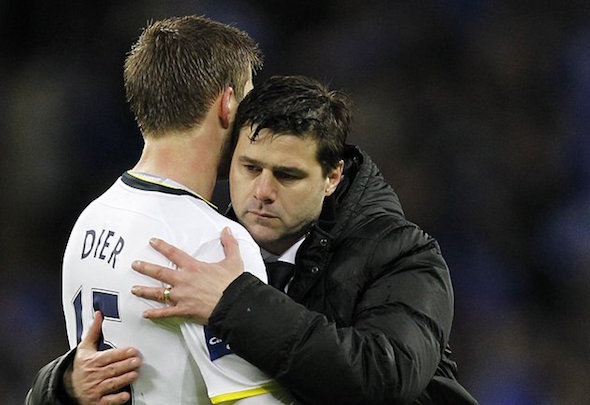 Tottenham supporters on Twitter were disappointed to be without Eric Dier and Moussa Dembele for the clash against Middlesbrough, but praised the depth of their squad.

Dele Alli and Victor Wanyama were named as the midfield partnership by manager Mauricio Pochettino in a game which also sees striker Harry Kane missing through injury.

The White Hart Lane supporters had faith in Pochettino’s team to pick up three points at the Riverside.

One fan expressed that he was interested to  see how Spurs perform without the likes of Kane, Dier and Dembele.

However, another supporter did state that it will be tough for the north London club without their midfield duo.

Here is a selection of messages from Tottenham supporters reacting to the Tottenham team news.

Dembele will be a big loss today, fingers xd we can do this 🙏🏻🙏🏻 #COYS

No rose, dembele and dier. Still a good team though. #COYS

Good team. Was pretty much the line up was expecting. Shame we missing Dembele again. #COYS

Pochettino’s side are third in the Premier League table, with eleven points from their opening five games.

The north London club have registered three wins this term and will be looking to pick up their third consecutive victory in the league when they take on Boro at the Riverside.

Spurs were comfortable winners in midweek when they beat League One outfit Gillingham 5-0 to progress through to the next round of the EFL Cup.