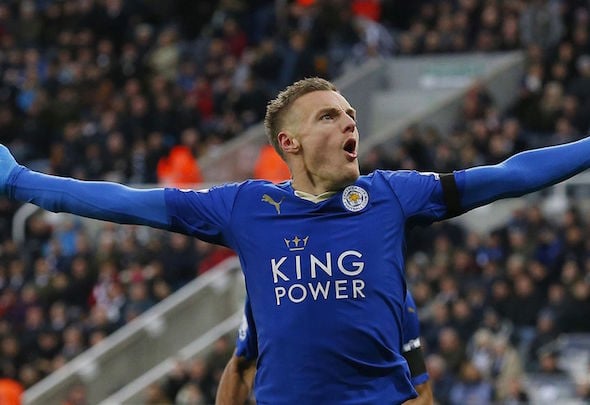 Jamie Vardy has returned to full fitness and is pushing for a Leicester recall in Saturday’s clash against Tottenham, according to a report.

The Mirror claim Vardy is 100 per cent fit after shaking off a niggling groin problem and is eyeing a return to the starting line-up for the White Hart Lane showdown.

The England striker, 29, was benched for the visit of Crystal Palace last weekend after nine games without a goal and only came on in the 75th minute in the 3-1 win.

Vardy was the Premier League champions’ top scorer last season but has yet to repeat his scintillating form in this campaign.

He struck 24 top-flight goals to fire the Foxes to a shock title triumph but has scored just three goals from 14 appearances, 12 of which he has started, in all competitions in 2016-17.

Vardy is hoping to earn a recall at Tottenham on Saturday before Leicester travel to Copenhagen in the Champions League looking to secure qualification for the knockout stages.

The forward was this week named on the 2016 Ballon d’Or award shortlist for the world’s best player.

Spurs are fifth in the Premier League after a quarter of the season but are just a point behind leaders Manchester City and remain the only unbeaten side in the top flight.

In other Tottenham team news, a Bundesliga club is plotting a bid on this Spurs attacker, if his price drops in January.