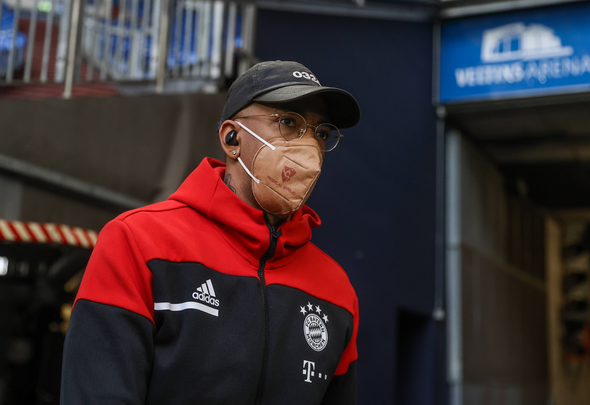 That is the view of former White Hart Lane number one Paul Robinson, speaking exclusively to Football Insider about the possibility of the 32-year-old moving to north London this summer.

According to BILD‘s Christian Falk, the Germany international is on Tottenham’s list of defensive targets this summer, with the player said to be flattered by the interest.

TRUE ✅ @JeromeBoateng is honored for the interest of @SpursOfficial and can imagine a transfer in the Premiere League. but so far there have been no talks or negotiations pic.twitter.com/vQvMWDKfBB

Boateng is out of contract at the Allianz Arena at the end of the season and Spurs could sign him on a free.

However, Robinson believes any move for the centre-back, who won the Champions League with Bayern Munich last season, is on ice following Jose Mourinho’s dismissal on Monday.

“Spurs need an experienced centre-back and they do not come much more experienced than Boateng,” he told Football Insider‘s Dylan Childs.

“Any transfer plans have been thrown out the window though with Mourinho going though.

“When you look at the value of the squad and the quality of players that they have there, I think Levy recognised that it was better to keep that group of players together rather than keep the manager.

“A lot of players fell out with Mourinho. Gareth Bale has not been anywhere near what we expected of him this year. Harry Winks and Dele Alli have not even got a look-in.

“The focus now will be getting those players back on board and signing a couple of world-class players in key positions, centre-half being one.”

In other news, a 48-year-old has been tipped to “walk down to London” to take the Tottenham job after a huge development.