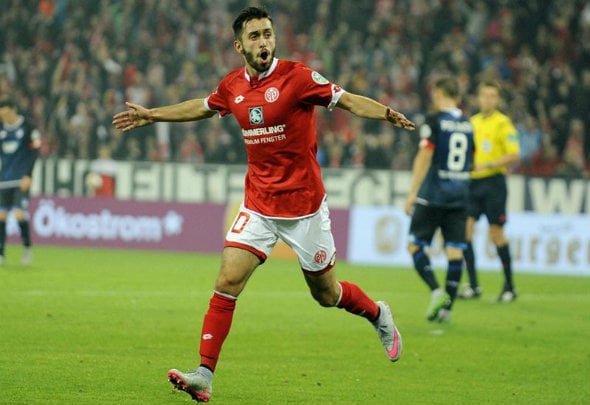 Tottenham are planning to swoop for Mainz’s prized midfielder Yunus Malli in the summer, according to reports.

Malli, 24, has bagged ten goals in 28 league appearances for the German club this season including a sensational hat-trick against Hoffenheim back in September.

The Mirror allege that Mainz value their star man at around £8million and that Tottenham will have to be prepared to do battle for Malli’s signature.

The Turkish international has attracted the attention of German giants Borussia Dortmund and Gary Neville’s Valenica.

Tottenham were reportedly keen on a January deal, but decided to wait until the summer to make a formal bid as Mainz were refusing to entertain middle of the season offers.

Malli has featured in every single one of Mainz’s games this year and was an integral part of the side that inflicted Bayern Munich’s first home defeat of the season earlier this month.

Mauricio Pochettino is said to be a huge fan of Malli and has already raided the German market twice this year with the acquisition of Kevin Wimmer from Cologne in the summer and Son Heung-Min from Bayern Leverkusen in January.

In other Tottenham news, Spurs could be without two key players for the second leg of their Europa League clash with Dortmund on Thursday.