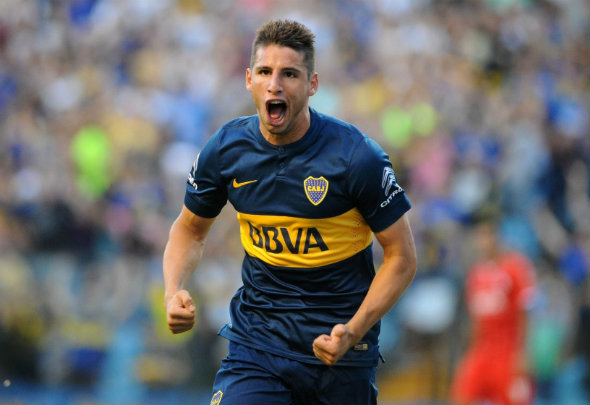 Tottenham have made finding a strike partner for Harry Kane a priority this summer but face a battle for the signature of target Jonathan Calleri, according to reports.

Inter Milan are also keen on the 22-year-old striker, who is rated as one of the best emerging talents in South America.

The Mirror claim that the Serie A side have already approached Calleri about a possible move to the San Siro at the end of the season.

Calleri is currently on loan at Sao Paulo from Uruguayan club Club Deportivo Maldonado, but his registration is owned by an investment group.

Spurs would need to buy the rights to Calleri outright from those investors before he could move to White Hart Lane.

Tottenham have relied heavily on Kane’s 21 league goals this season as they chase the title, but have yet to find a proven back-up to their main man and will most certainly need a viable alternative with Champions League football almost secured for next season.

Despite being Pochettino’s fellow country-man, Calleri will not need to seek a work permit because he qualifies for an Italian passport through his grandparents.

In other Tottenham news, Spurs have been hit with a major injury blow as Nabil Bentaleb undergoes surgery.