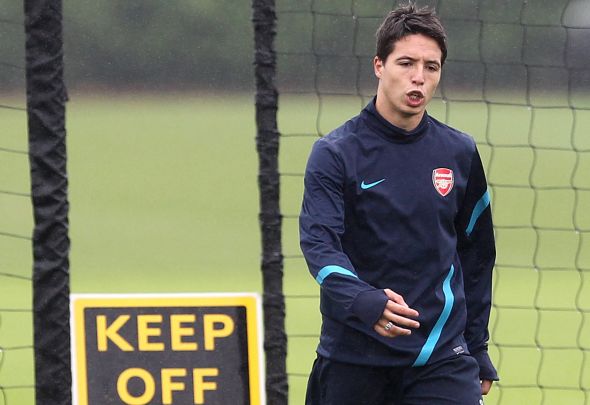 Super Lig champions Besiktas are interested in bringing former Arsenal playmaker Samir Nasri to Turkey, according to a Sky journalist.

The France international made just eight appearances in all competitions last season, after a hamstring injury in October 2015 sidelined the 29-year-old until March.

Sky Sports transfer expert Kaveh Solhekol has claimed, via his Twitter account, that the former Marseille star has been told that he can leave the Etihad, with Besiktas being the most likely suitors.

Besiktas want Samir Nasri on loan. Former Arsenal midfielder has been told he and his £330,000 Lamborghini can leave Manchester City

City’s number eight has failed to make the matchday squad in all three of the Citizens’ fixtures this season, after falling down the pecking order behind the likes of David Silva, Kevin de Bruyne and Raheem Sterling.

Nasri, who has 41 caps to his name, joined Arsenal back in 2008 and spent three years at The Emirates, making 126 appearances for the Gunners in all competitions. The attacking midfielder chipped in 27 goals during his north London stay.

He subsequently earned a £24million move to City, but despite a good start to his career at the Etihad, Nasri is expected to leave in an attempt to reignite his career. He still has three years remaining on his five-year contract.

In other Arsenal transfer news, manager Arsene Wenger could make a move for this Premier League defender to end his centre-back crisis.