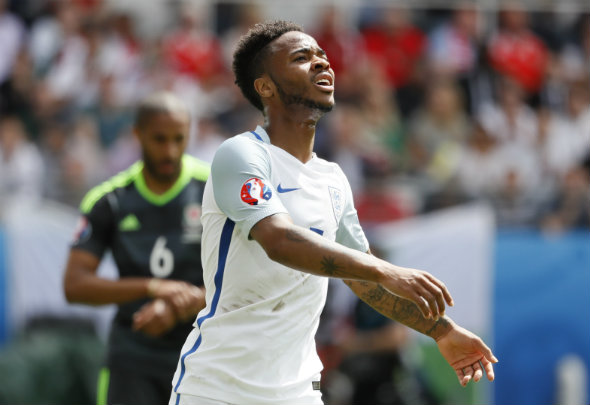 Twitter showed no mercy after the winger fluffed his lines when taking Manchester City’s sixth spot-kick following their 1-1 draw with Borussia Dortmund.

The youngster left Liverpool as one of the brightest young players in the world for a fee of £49million last summer.

Since his move though, the 22-year-old has failed to continue the good form he showed at Anfield, and lost his starting place at Manchester City last season.

The forward is currently on tour with City and stepped up to take his side’s sixth penalty, following the club’s draw with Dortmund.

His strike left much to be desired and Twitter responded with a typical lack of sympathy. Here are some of the messages:

Raheem Sterling continues his fine footballing form this Summer by missing a penalty for Man City in the shootout.

Raheem Sterling continues his fantastic summer by missing a penalty in the shoot out against Dortmund.

I do not want raheem sterling anywhere near my club

The misfiring starlet was not made to pay for the miss though, apart from on social media, as his side ran out 6-5 winners from the shoot-out.

Manchester City will be hoping Sterling is back on form for their first Premier League game of the 2016-17 season at home to Sunderland on Sat 13 August.

In other Liverpool  news, striker Daniel Sturridge has been given a specially tailored training programme this summer