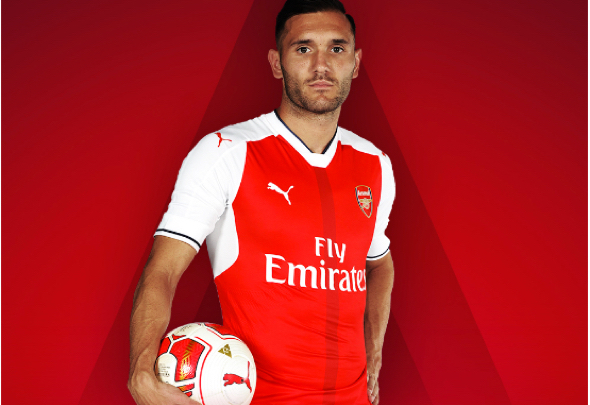 Arsenal have completed the signing of Lucas Perez from Deportivo La Coruna for £17.1m and fans have taken to Twitter pleased that they’ve finally got some positive transfer news.

The north London outfit have been left short going forward in their opening Premier League encounters after Oliver Giroud was sidelined following his exertions at the European Championships this summer.

Some fans are already writing chants for their new star striker, while others have complimented the shrewd nature of the deal.

Here are a section of the best tweets:

He came to us from sunny Spain, perez, perez, he hates the scum from down the lane Perez, p
Perez !! #BienvenidoLucas 😍😍

Lucas Perez is a great signing. In keeping with the Arsenal philosophy of signing a striker and playing him on the wing indefinitely.

bring on the celeberation lads….Silverware incoming!!!

Wasn't overly keen with the Lucas Pérez signing when it was announced but I'm coming round to it after reading a few pieces on him.

I've never seen him play. Hopefully he can take us to the next level. Welcome to Arsenal Lucas Perez

The uncapped Spanish 27-year-old scored 17 goals in 37 games for Deportivo last season following his move from Greek side PAOK.

It is believed the forward was close to joining Everton before Arsene Wenger triggered the £17million release clause in his contract to bring him to the Emirates.

Perez has played 177 career games, scoring 52 goals and providing 38 assists across over 13,000 minutes of competitive football.

In other Arsenal transfer news, Wenger will allow Jack Wilshere to go out on loan for the entire season without a break clause, according to a reliable journalist.