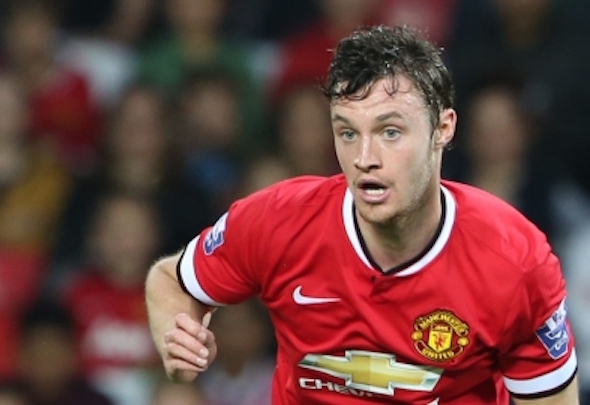 Cameron Borthwick-Jackson and Will Keane have joined Manchester United’s casualty list after getting injured in their 3-0 FA Cup win over Shrewsbury on Monday night.

Borthwick-Jackson, who returned to the team after missing the defeat at Midtjylland last Thursday through illness, was hauled off at half-time.

Substitute Will Keane lasted just minutes in his first appearance of the season before suffering a groin injury and, with United having used all three replacements, the team finished the last 16 minutes with just 10 men.

Manager Louis van Gaal revealed afterwards that Borthwick-Jackson had succumbed to injury as well although he did no specify what the problem was.

As well as losing Will Keane in the second half, Louis van Gaal has confirmed Borthwick-Jackson’s substitution was also because of injury.

United’s casualty list had been reduced to 12 before the victory over Shrewsbury but it has once again been extended to 14, with David de Gea and Wayne Rooney the most notable absentees.

However, De Gea is in contention for a swift return from the knee injury that has kept him out of the team’s last two matches.

Asked if the goalkeeper would be fit enough to face Midtjylland on Thursday, Van Gaal said: “It’s not so heavy but we’ll have to wait and see if he can start on Thursday.”