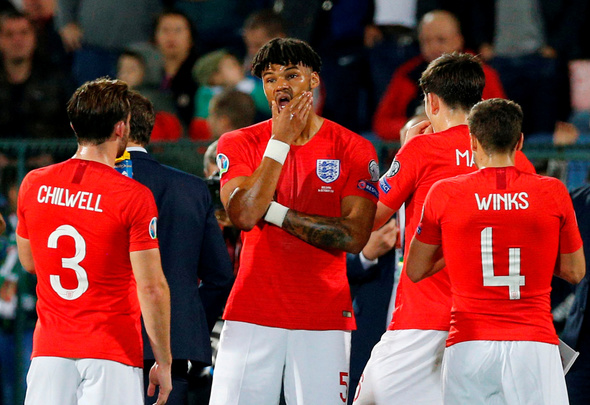 Danny Mills has been left raving over the character of Aston Villa defender Tyrone Mings after facing racist abuse on his debut for England on Monday night.

Speaking exclusively to Football Insider assistant editor Russell Edge, the former Manchester City and Leeds United defender says the 26-year-old should be incredibly proud of earning his first cap and that the manner in which he dealt with the circumstances demonstrated his exceptional character.

Mings and other England players were targeted by sections of the Bulgarian support in Sofia on Monday, with the game stopped twice by the referee over offensive chants and gestures made in the stands.

Mills has condemned the behaviour of those abusing the players but has credited the character of Mings, saying the centre-back has shown what resilience he has to carry on playing and put in a top-quality performance.

Mills told Football Insider: “Massive night for him. Incredibly proud moment, superb for him to start for his country and for his first cap. He’s come through at Chippenham, non-league football, unbelievable! He was selling mortgages and playing non-league football.

“I have no doubt that’s not the first time he’s suffered racist abuse. It doesn’t make it right that he’s used to it and deals with it but you have to say that goes to show what a fantastic person he is. He’s dealt with it, carried on with it. A very, very good debut in very difficult circumstances.”

Mings had been on the substitutes’ bench for the last three of England’s fixtures before making his bow against Bulgaria, the Villa man taking the place of Everton’s Michael Keane at the heart of the defence.

The centre-back has been a mainstay for Villa since moving permanently from Bournemouth over the summer, playing every minute of the club’s Premier League fixtures since their return to the top flight.

In other Aston Villa news, Alan Hutton claims that one senior player is “undroppable” for their clash against Brighton this weekend.