Michael Brown admits he was gobsmacked to hear that Chris Brunt is set to leave West Brom this summer after 13 years with the club.

The former Sheffield United and Leeds midfielder, speaking exclusively to Football Insider assistant editor Russell Edge, insists it will be “very, very sad” when the Baggies stalwart moves on at the end of the season.

The Baggies confirmed on Thursday that the 35-year-old, who joined the club from Sheffield Wednesday back in 2007, will depart the Hawthorns when his contract expires this summer.

Brown has heralded the Northern Ireland international for his service at West Brom, admitting he could not believe just how long he had spent with the club.

Brown told Football Insider: “I mean, it’s unbelievable. That’s the difference, I didn’t realise it was actually that long, you know when you think he’s been there a long time, you don’t even register it’s 13 years.

“It’ll be very, very sad. You get to 35-years-of-age, you start thinking where’s your career going next, what are you going to do and it is sad.

“I’m wondering what he’s going to do after it but again, West Bromwich look like they’re going to be in the Premier League.” 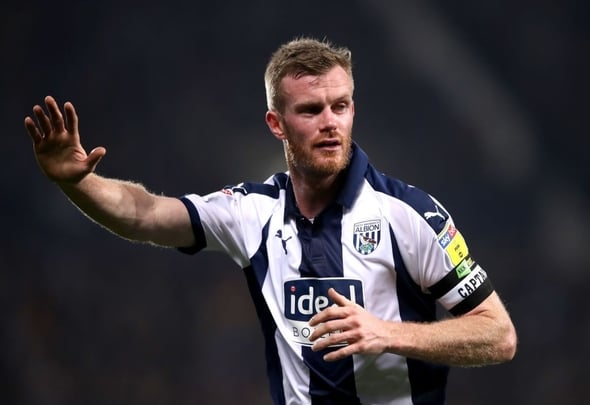 Brunt currently has 419 appearances under his belt for the Baggies, with 49 goals and 89 assists on his record.

Having played just five times in the Championship, and nine times across all competitions this season, he will be hoping to help the club win promotion back to the Premier League with nine games left to play.

In other West Brom news, Alan Hutton has torn into a proposal for the remainder of the club’s season.