Paul Robinson praised Celtic first-teamer Callum McGregor after being told that he has played more minutes than any other footballer in the world this season.

Speaking exclusively to Football Insider correspondent Laura O’Leary, the ex-England goalkeeper shared he thought that the stat highlighted an unbelievable effort from McGregor.

The 26-year-old has played a total of 42 times this season racking up a total of 3,714 minutes in the process. 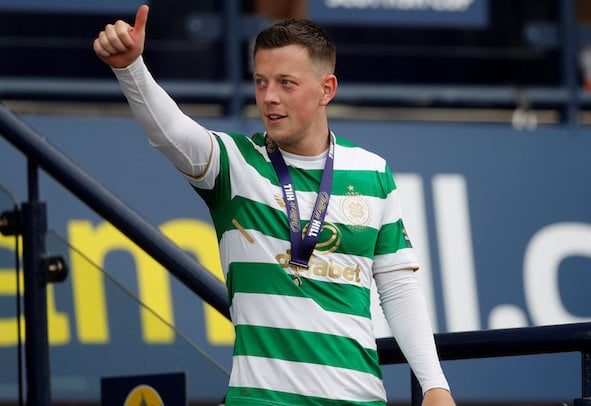 Robinson pointed out that maybe everyone should ask McGregor how he feels about fixture congestion and players playing too many games, as clearly the number of minutes he has played isn’t affecting him.

When asked if it’s an impressive stat to have as it’s insane the number of minutes he has racked up, Robinson told Football Insider: “Yeah, that’s a great fitness level to have played that amount of games already.

“Some players won’t play that in a season, that’s an unbelievable effort.

“You hear people this season talking about fixture congestion and that players are playing too much, but ask him as he doesn’t seem to mind it.”

The 26-year-old attacking midfielder signed a contract extension with the Hoops in November 2019, so his current deal isn’t set to expire until 2024.

In other Celtic news, Jackie McNamara despairs over the ‘Biggest problem’ facing Neil Lennon in January.