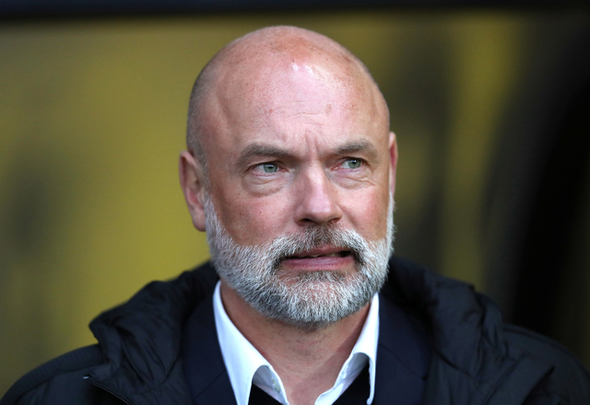 Former Leeds boss Uwe Rosler has claimed he no longer takes managerial jobs that can do more harm than good to his career.

The 48-year-old is currently manager of Fleetwood in League One, who sit in third place in England’s third tier with four points separating them from the automatic promotion spots.

He has largely proven successful in his 13-year managerial career with win percentages of over 40 per cent at six of his seven clubs.

His spell in charge of Leeds is the odd one out, where he achieved a measly two wins from his 12 games as manager, which also consisted of six draws and four losses.

Rosler lasted just under five months in charge of the Yorkshire giants and he has now revealed he no longer takes jobs that can lead to managerial suicide.

“No, because I know I’m good,” told Rosler in an interview with the Guardian where he was asked if he had considered turning his back on management after sackings at Leeds and Wigan.

“The stats show that every club I’ve been at apart from Leeds, I’ve won more than 40% of my games. And all of those clubs I’ve taken over – Lillestrom, Viking and Molde in Norway, Brentford, Wigan and Fleetwood in England – were either mid-table or fighting relegation when I came in. I can help clubs achieve what they want to achieve.

“But I’m not taking any job on any more. I’m in a position where I don’t need to, and you learn. Without football I’m not the same person. I need to be involved. I love football and I love my work. But not to an extent where I go and take another suicide mission.”

Rosler was appointed manager of Leeds in May 2015 by controversial chairman Massimo Cellino.

He was allowed to bring in five senior players on permanent deals, which included current stars Chris Wood and Stuart Dallas.

However, he was sacked and replaced by Steve Evans with the club sat in 18th place in the Championship.

Both Leeds and Rosler are having far more success this season and both will be aiming for promotions when the season reaches it’s end.

In other Leeds news, fans have blasted this senior man after the club announced £8.9million losses.