Taylor joined Port Vale on a six-month loan on transfer deadline day in the summer and he has impressed during his time at the League Two club.

The 21-year-old is due to return to the City Ground in January when his loan deal expires, but Port Vale want to keep Taylor at Vale Park. 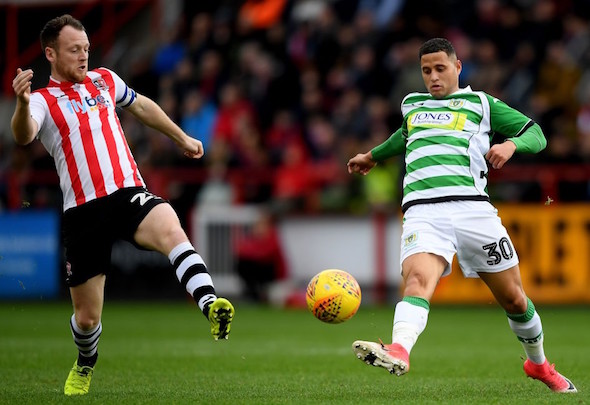 A source at the club has told Football Insider that they have lodged an offer to Forest to turn his loan deal into a permanent move.

The midfielder has scored five goals in 20 appearances in all competitions for Port Vale this season and his performances have brought him to the attention of other clubs.

The fourth-tier outfit are keen to fend off any potential rival interest in Taylor by sealing an early-January transfer.

Taylor is out of contract at Forest next summer and Port Vale are keen to wrap up a deal for the Manchester United youngster.

The source explained the fee is likely to be around six figures but won’t be vast due to his contract situation.

Taylor has yet to make a first-team appearance for Forest and he is not in manager Sabri Lamouchi’s plans for the second half of the campaign as his side chase promotion to the Premier League.

In other Nottingham Forest news, it can be REVEALED that the club have submitted a formal bid for a £15million star as Leeds United try to blow them away.