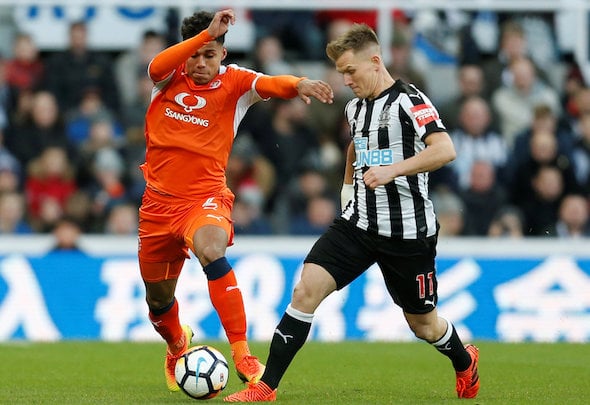 But source at both clubs have told Football Insider that Luton have rejected their overtures and the player is to be happy to stay at Luton following talks.

Justin is regarded as one of the best young defenders in the Football League after impressing at Luton over the last few seasons.

The likes of Brighton and Nottingham Forest have tried to sign him in the past, but Luton have managed to keep hold of Justin.

New Stoke boss Nathan Jones is a huge admirer of Justin having worked with him during his time in charge of Luton and was keen to be reunited with him.

Villa are on the lookout for defensive reinforcements having conceded 46 goals already this season and they have made a new right-back one of their top priorities.

Luton are keen to keep hold of Justin as they look to secure promotion to the Championship this season and it means Villa and Stoke will have to look elsewhere if they want to bring in a new right-back before the transfer window slams shut.

In other Aston Villa transfer news, the club have made a move to sign a Sheffield Wednesday ace as talks over a deal have begun.