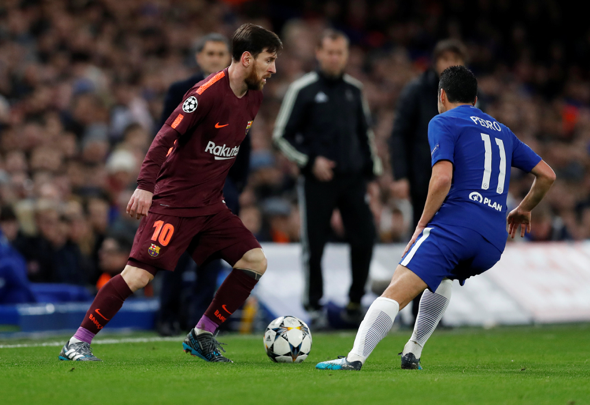 Chelsea fans were hugely impressed with their side’s display at Stamford Bridge on Tuesday night.
They played Euro giants Barcelona and more than matched them in the first half, and were desperately unlucky not to go in ahead after Willian hit the woodwork twice.
However, they were not as impressed with Pedro and called for manager Antonio Conte to hook him off and replace him with Alvaro Morata.
Chelsea fans were convinced that they could go on and win the side if Conte made the change, but no-one was subbed at half-time.
It was a bit harsh on Pedro who put in a decent shift in the first 45, although he wasn’t a standout performer.
Chelsea took the lead in the second half through Willian before Lionel Messi broke his duck against Chelsea after a defensive blunder.
Pedro was taken off in the 82nd minute and Morata came on but couldn’t force the win that Chelsea deserved.
Here are the best reactions to Pedro’s display v Barcelona:

Pedro off Morata on please!!!

Pedro by far our weakest link in attack.

Bring anyone for Pedro please 😫

Giroud for me honestly and we would net . Pedro not doing anything

Pedro is lost in the match but still needs time..

Pedro been anonymous, only on the pitch for legs