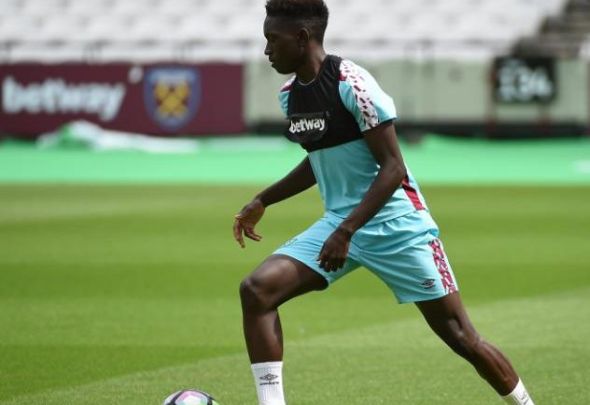 Promising West Ham teenager Domingos Quina is being eyed up by Arsenal, according to a report.

Sky Sports claims that the Premier League title chasers are one of a number of top-flight clubs interested in acquiring the 17-year-old’s services, even though he only sign for the Hammers in the summer of 2016.

Quina was snapped up from the Chelsea youth team a year ago, and has already earned two senior appearances in Slaven Bilic’s side as he featured in both legs of the 4-2 aggregate victory over NK Domzale in the Europa League.

It is understood that Arsenal had offered the eight-times Portugal Under-19 youngster a contract ahead of his move to the London Stadium last year, and their interest in him has not cooled off.

Quina first moved to England to play for the Chelsea academy in the 2013 after beginning his development with Portuguese giants Benfica.

He spent three years with the Premier League champions before switching to West Ham last summer, and has since been called up to Bilic’s first team plans on numerous occasions as he was named on the bench in the league 12 times, but failed to star.

Sky reports that Quina’s top performances at the Under-19 European Championships in Georgia are what has seen clubs become interested in him once again.

As West Ham only signed Quina last summer, they probably have a really good chance of keeping him. Bilic hasn’t been afraid to let the youngster take part in first team affairs, so that could be a huge reason as to why he may opt to stay in east London. Arsenal are definitely an attractive prospect for an emerging talent, especially one from overseas. However Quina has a good chance of earning his Premier League debut with the Irons, so a wise move for him would be to stay there. A loan move is also a possibility. As he turns 18 in November, that would be the peak age to let him go out to League One, or possibly the Championship, to get a taste of competitive football in England.

In other West Ham news, the Irons are in pole position to land this £8million-rated international midfielder.