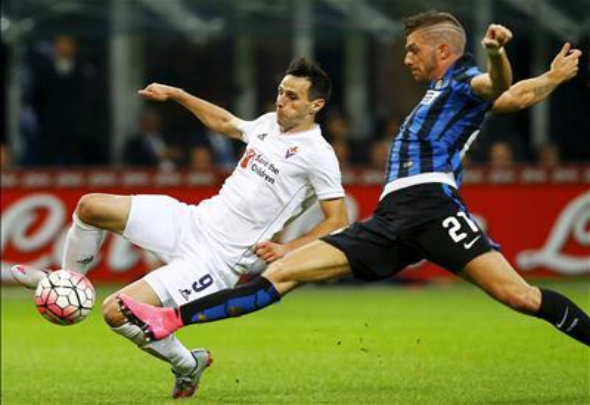 West Ham are set to rival Crystal Palace for the signature of Inter Milan defender Davide Santon, according to a report.

Italian publication TuttoMercatoWeb claim the 26-year-old is interesting both London clubs, after a frustrating season at the San Siro.

It is believed that the Premier League duo are expected to send proposals to Inter’s owners, Suning Commerce Group, in the next few days.

Santon, who can play on either side of the defence, has just 12 months remaining on his contract and could be allowed to leave for a cut-price fee as Inter look to avoid losing him for nothing.

The eight-time Italy international made just 15 appearances in all competitions for Stefano Vecchi’s side this season, with competition aplenty in Milan.

Full-backs Cristian Ansaldi, Yuto Nagatomo and Danilo D’Ambrosio have kept Santon’s participation to a minimum and that could see the Hammers lure Santon back to England.

Santon moved to Newcastle back in the summer of 2011 from Inter, before returning to Inter in July 2015 after a loan spell at the San Siro during the second half of the 2014-15 season.

Now, the Hammers could hand Santon a second chance in the Premier League.

Signing a right-back this summer must be a number-one priority for Slaven Bilic, after a torrid season that has been plagued by injuries saw the Hammers rely on the versatility of three senior stars to fill the boots of Sam Byram and Alvaro Arbeloa. With the duo out injured for much of the campaign, Michail Antonio, Havard Nordtveit and Cheikhou Kouyate were all used on the right side of defence. Byram did return towards the end of the season, but his form was questionable to say the least. Signing a right-back, then, is crucial to the Hammers fortunes next season and with Premier League experience, Santon would be a leading candidate to solve Bilic’s problem area.

In other West Ham transfer news, the Hammers are favourites to re-sign this Southampton striker after a disappointing season with his current side.