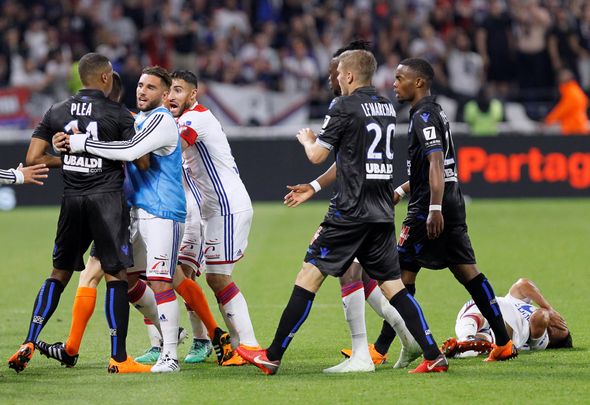 West Ham have made a £27million bid for OGC Nice attacker Alassane Plea, according to a report.

Sky Sports claim that the Hammers have submitted their £27million offer and that it was understood that the French club wanted 30million euros (£26.6million) for their player’s services.

It seems the Hammers have wasted no time in their pursuit of Plea and if this report is correct then they should soon make progress towards signing the forward. The Hammers’ offer is clearly above what Nice are looking for however with several teams interested maybe the French club will increase the player’s asking price. Sky Sports also claim that Nice have received a £25million offer from an unnamed club so it seems likely that whoever that side were might bid again and leapfrog the Hammers in the race for his signature. Plea scored 21 goals in 49 games last season, with 16 of his goals coming in the league, and his clinical finishing ability could easily help him take the Premier League by storm. It seems whichever side win the fight for his signature will be getting a very good player capable of firing them up the league. With the Hammers making their interest concrete it would be no surprise if Newcastle, Fulham and Tottenham soon make their moves.

In other West Ham transfer news, a Championship side are reportedly keen on signing a Hammers forward this summer but his price tag is a problem.