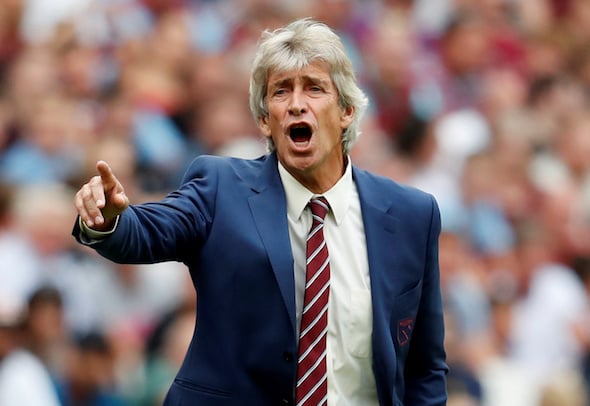 Manuel Pellegrini suggested at his media conference on Friday that the Argentine playmaker faced a race against time to be fit for today’s marquee fixture at London Stadium.

A West Ham source has told Football Insider that the injury is worse than originally feared and Lanzini is set to miss a series of fixtures over the coming weeks.

It is a shattering blow for Manuel Pellegrini, who has named the 26-year-old playmaker in the starting XI for all five of the club’s league matches this season.

Lanzini has been used in a central attacking midfield role, flanked mainly by Felipe Anderson on the left and the fit-again Andriy Yarmolenko on the right in recent games.

He is now set for an extended spell on the sidelines, with West Ham’s coaching team hopeful he will be back for after the October international break.

In addition to today’s clash against Man United, Lanzini is also set to miss Wednesday’s League Cup trip to Oxford United and Premier League matches against Crystal Palace and Bournemouth.