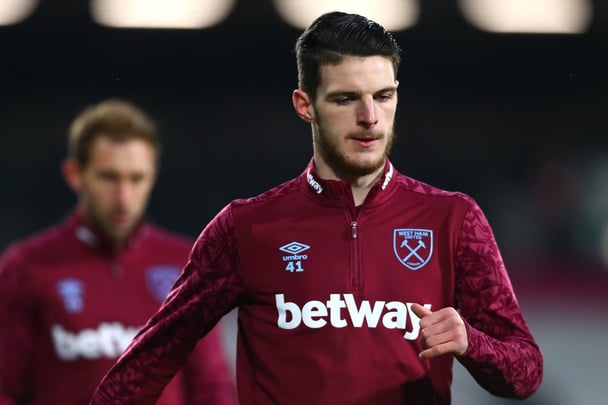 West Ham should enjoy their success while it lasts because the bubble will soon burst.

That is according to former Arsenal favourite Kevin Campbell, speaking exclusively to Football Insider with the Irons in 4th place and dreaming of Champions League football.

Following his side’s seismic 2-1 victory over Spurs on Sunday, Declan Rice gave a glowing appraisal of the mood behind the scenes at the London Stadium. 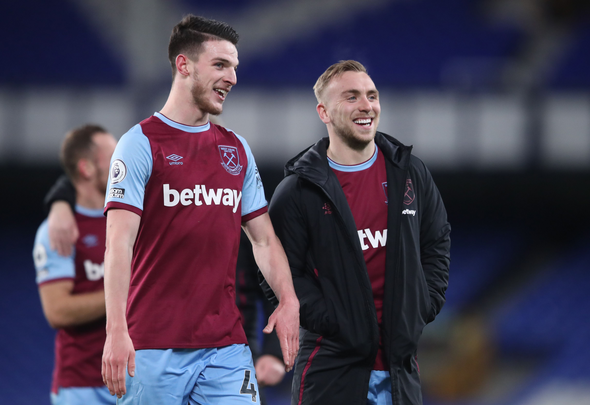 He told talkSPORT: “This is the best West Ham team I’ve been a part of in the four years I’ve been in the team. There’s a unity, the love the lads have for each other, the banter on a daily basis and the mentality has changed completely.”

Campbell claims it’s no surprise that the dressing room is bouncing amid recent form but that the Hammers may soon come crashing back down to earth.

He told Football Insider correspondent Dylan Childs: “Winning cures all. It’s easy to have fun and banter and all that kind of thing. Remember, there ain’t many changes from last season.

“So the banter is gonna be flying about fantastically well because they’re winning games. I would never have believed they’d be 4th in the league but fair play to them. The performances on the pitch have propelled them to where they are.

“I’m not sure they’re gonna finish there but you have to enjoy it while you can because having success in football doesn’t always work. You’re not gonna be there every season so it’s a welcome change for West Ham.”

The next month could prove decisive in David Moyes’ quest for Champions League football.

His side West Ham side face Manchester City on Saturday before other difficult fixtures against Leeds, Manchester United and Arsenal across March.

In other news, a top pundit has given his verdict on the £10m payout West Ham players will receive if they finish in the top-four.