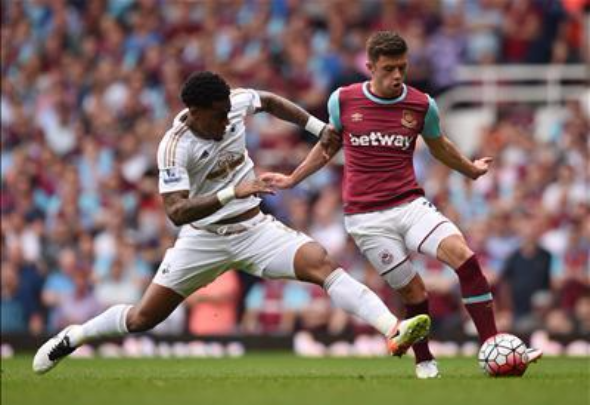 West Ham’s coaching assistant coach Dicks, who had two spells with the club during his playing career, has praised the consistency of fellow left-back Cresswell.

The 26-year-old was recently called up to England’s senior squad for the first time for the World Cup qualifier against Scotland on Friday, followed by a friendly with Spain.

The defender has been rewarded by the national team after his performances for the Hammers.

Dicks has hailed Cresswell and said he was even more consistent than star players such as Dimitri Payet, Mark Noble and Manuel Lanzini in the last campaign.

“I thought Aaron was our most consistent player last season,” Dicks said, as quoted by the club’s official website. “Unfortunately he got injured during pre-season but his call-up has been a long time coming

““It surprised me that he didn’t get a call-up during the summer and that he never got the chance to play last season. He has been the most consistent player and has a great left foot on him.”

Cresswell moved to the Hammers in 2014 from Ipswich and played a starring role in the club’s seventh-placed finish in the Premier League last season.

He has now made 99 appearances for the London club and could reach his landmark 100th after the international break against Tottenham in the Premier League.

The defender will now hope to improve the form of Slaven Bilic’s side, who are currently just one place above the relegation zone in the Premier League.

In the latest West Ham news, they face five horror fixtures which could drag them into a relegation scrap.