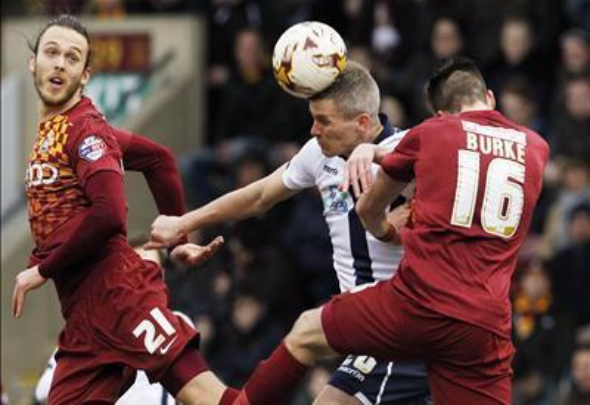 West Ham defender Reece Burke is looking forward to a loan deal with a club from the Championship, after signing a new deal with the club.

The 19-year-old penned a new four-year deal with the Hammers earlier this week and has now set his heart on a move away from the London Stadium, to secure first-team football in the Championship.

The Newham-born academy graduate has made 11 appearances for the Hammers and was named the ‘Young Hammer of the year’ for the 2014/15 season.

He spent last season on loan at League One Bradford where he made 34 league appearances, scoring two goals.

Speaking to the club’s website Burke said, “This season, another loan move may happen for me. I think I’m going to try and do Championship – the next step – and see how the season goes… I’ll hopefully get another load of games under my belt.”

Burke, who graduated through the West Ham academy, revealed that it was a dream to sign with the Claret and Blue.

“Obviously as a West Ham fan as well as a player, it’s fantastic to be involved with the Club during this period. It’s still sinking in to be honest, the move and the changes here. Over time, I really believe everything will settle in, and it will feel like home very, very soon.”

The defender has already appeared for Slaven Bilic’s men this season, as he was handed a start in Romania in the Irons’ Europa League qualifier against Astra Giurgiu.

Burke won Bradford’s ‘Player of the Season’ while on loan and is confident that the step up into the Championship is exactly what he needs.

“I want to build on that experience and come back next year even better, just similarly building like I did last season. Hopefully I could have a similarly positive season this year in the Championship.”
In other West Ham news, this Ligue 1 target has made a statement on his future.