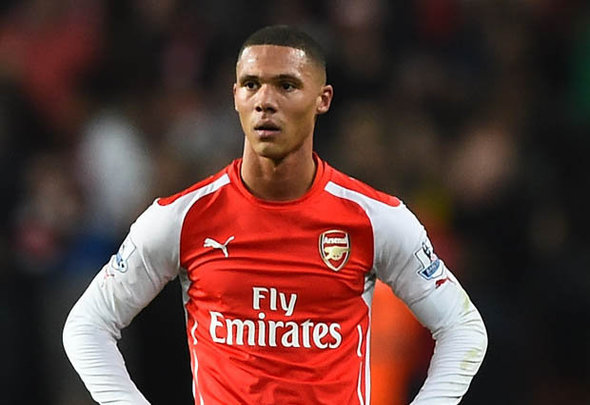 West Ham could be a destination for Arsenal defender Kieran Gibbs, according to a report.

The Daily Star have claimed on their website that the 27-year-old has accepted that his Gunners career is over after the summer addition of Sead Kolasinac, which has push him to third in the left-back pecking order behind Nacho Monreal.

This will mean that the 10-time capped England international will now look to move elsewhere and the Star report specifically mentions both the Hammers and Crystal Palace as potential destinations for Gibbs.

The Hammers had problems in their left-back department last season with Aaron Cresswell having an unusually poor campaign, while Arthur Masuaku also had a disappointing first season at the club.

This could mean that manager Slaven Bilic could be on the lookout for a new left-back this summer and Gibbs, who has a year left on his contract at Arsenal could certainly prove a potential target.

Gibbs joined Arsenal all the way back in 2004 from Wimbledon and has played 229 times for the club, while helping the Gunners win the FA Cup three times.

Despite not being deemed good enough for Arsenal, that does not mean that he is not right for a team lower down in the Premier League like West Ham. A similar example would be Ryan Bertrand at Southampton, who previously struggled to break into the Chelsea team. He has since gone on to become one of the Saints’ key players and the Hammers could see similar if they do go on to sign Gibbs. Therefore, this deal certainly makes sense and while it may not excite fans to begin with he could prove himself to be a vital cog of the West Ham team in the future.

In other West Ham transfer news, an insider has told that there will be more Hammers departures this summer.