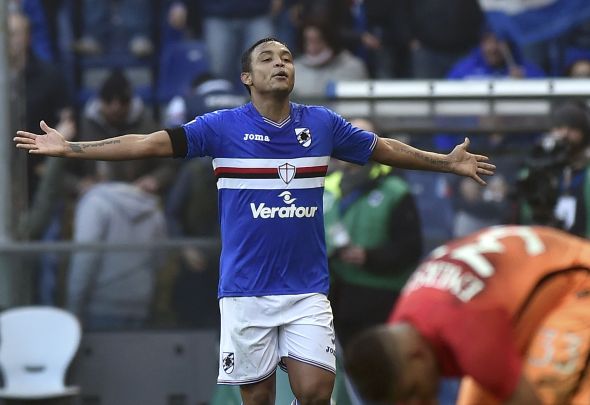 West Ham are monitoring the future of Sampdoria striker Luis Muriel as the Colombian continues to shine in Serie A, according to a report.

The Mirror claim the Hammers have turned to the 25-year-old forward to finally end their hunt for a striker, but could be forced to meet his release clause which is a whopping £24million.

Sampdoria’s number nine has been in exceptional form this season, scoring 12 goals as well as turning provider on a further nine occasions during his 30 league and cup outings.

Goals against the likes of Roma, Fiorentina and AC Milan have made the former Udinese and Granada forward one of Europe’s most in-form strikers.

That has alerted manager Slaven Bilic, but he faces a fight to sign Muriel as the versatile forward has claimed that he has offers from three different countries.

“But I’ve had several offers from Juventus, Inter, Milan and Roma in Italy, but also from abroad — in Spain and England.”

The nine-time international can play both as a centre-forward and in the number 10 role, and has just over two years remaining on his current contract with Sampdoria.

Despite a number of risky foreign signings that have tried and failed at the London Stadium this season, it is fair to say that Muriel holds a good chance of becoming a success with the Hammers. His form against the biggest sides of Italian football proves that he has what it takes to score against the world’s best defenders. Muriel’s performance during a spectacular Sampdoria victory over Roma back in January saw him provide two assists and score another to earn a 3-2 win against Luciano Spalletti’s side. It is that kind of inspiration that Bilic is looking for to fire the Hammers back into contention for the European qualification places ahead of the 2017-18 campaign.

In other West Ham transfer news, this 27-year-old striker has revealed that he wants to leave the Hammers in the summer and join Premier League rivals Everton.