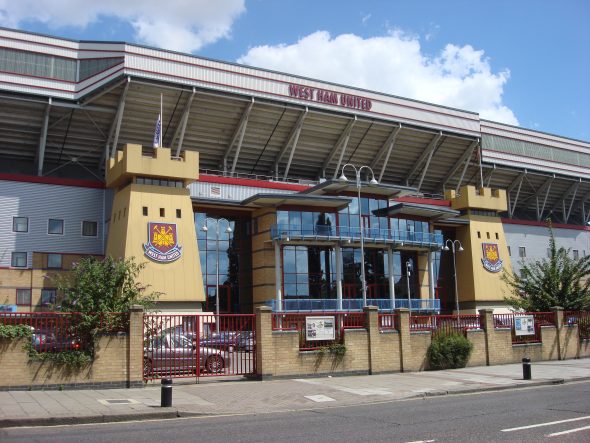 West Ham fans have mourned the destruction of Upton Park, as the historic ground went up in flames as the filming of ‘Final Score’ began.

The Hammers called Upton Park home for 112 years, before their switch to the London Stadium this summer.

But it seems that there is no going back to their old home now, as carnage ensued on site as a controlled explosion took place in the corner of the ground for the film, which has been described as ‘Die Hard in a soccer stadium’.

The ground was sold to a developer to make way for more housing, but until then it is being used a playground for the action movie in a scene which features a group of criminals seizing the ground.

Producer Marc Goldberg told The Independent: “We’re thrilled to have the opportunity to film in this unique and legendary location.”

The destruction of the ground has of course caused much controversy with Hammers fans, and they took to Twitter to express their anguish over their former home being destroyed.

Goldberg added: “The premiership is the biggest football league in the world and their impending move from Upton Park to the Olympic Stadium has been reported globally.

“We have a stellar team looking to deliver a $20million non-stop action, world class film with a one off unique opportunity to utilise an iconic stadium before it’s demolished. Imagine Die Hard in a Soccer Stadium.”

In other West Ham news, There is an injury update on Andy Carroll.