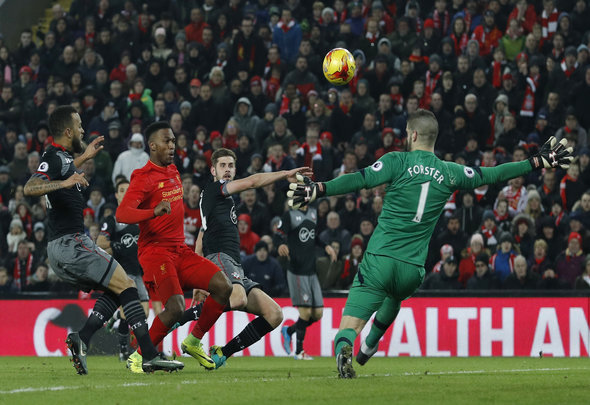 West Ham have been installed as the clear bookmakers’ favourites to sign Liverpool striker Daniel Sturridge this summer.

West Ham will be in the market for a new striker in the summer after an exhaustive search in the last two windows yielded a number of front men who have failed to make a first-team impact, including Simone Zaza, Jonathan Calleri and Ashley Fletcher.

Rumours have been rife that the Hammers’ main spearhead Andy Carroll will be sold at the end of the season amid interest from super-rich Chinese clubs.

Sturridge has had a stop-start season disrupted by injuries, with 21 appearances in all competitions yielding six goals and three assists.

But the former Chelsea and Manchester City player has, when fit, been a goal machine during his four years at Liverpool, scoring an impressive 60 goals in 113 matches.

It is difficult to see Sturridge at Liverpool next season. The many injuries have robbed him of the zip that for a season or two made him one of the most exciting young strikers in Europe. He remains a clinical finisher and a clever player but does not have the game, or lung-busting willingness, to lead the line for a Klopp team. It is best for all parties that he moves on and  finds a club where he is the premier striker and guaranteed a starting place. West Ham could be a decent option.

In other West Ham transfer news, an emerging star signed for big money last year is set to be offloaded by Bilic in the summer.