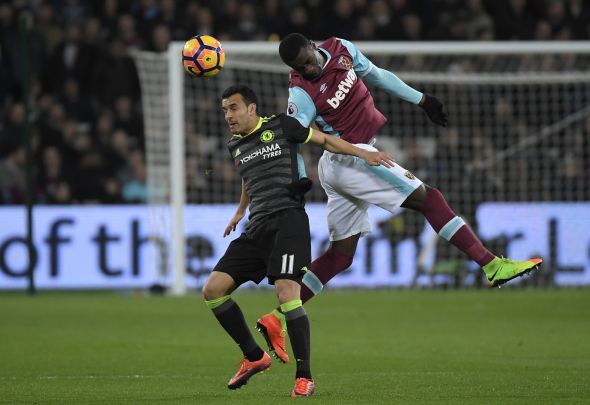 Jack Sullivan has delivered a crushing blow to West Ham fans on Twitter regarding the loss of three key first team figures.

Sullivan, son of West Ham co-chairman David Sullivan, took to his personal Twitter account on Monday morning to reveal that key trio Michail Antonio, Pedro Obiang and Winston Reid were all set for lengthy spells on the sidelines.

INJURY UPDATE – Antonio 3-4 weeks Hamstring, but as he's a superb athlete we hope it might be sooner.

INJURY UPDATE -Obiang is out for the rest of the season

INJURY UPDATE- Reid scan later this week, but at least 4-6 weeks and might be longer

The trio have been arguably three of West Ham’s top performers in what has been a below-par season for the east London club in the Premier League, and fans will be devastated at the loss.

Antonio has contributed nine goals and five assists from 27 Premier League appearances, but is set to miss the next three to four weeks with a hamstring injury, according to Sullivan.

The injury comes as a devastating blow to the winger’s ambitions, as it ends his hopes of earning his first international cap with England, having been forced to withdraw from the squad.

The loss of recent star turn Obiang, meanwhile, is another major setback. The 24-year-old midfielder has made 30 appearances for the club this season, and has been an integral part of the first team squad.

However, Sullivan confirmed that the Spaniard was set to miss the rest of the season, having been forced off with an injury during the defeat to Leicester at the weekend.

Reid was also a casualty during the Leicester defeat, but Sullivan revealed that the defender is set to undergo a scan later this week.

But he hinted that the New Zealand international could about for a minimum of four to six weeks, providing yet another damaging blow to West Ham’s end of season ambitions.

In other West Ham news, David Sullivan has sent an honest message to fans after the Leicester capitulation.