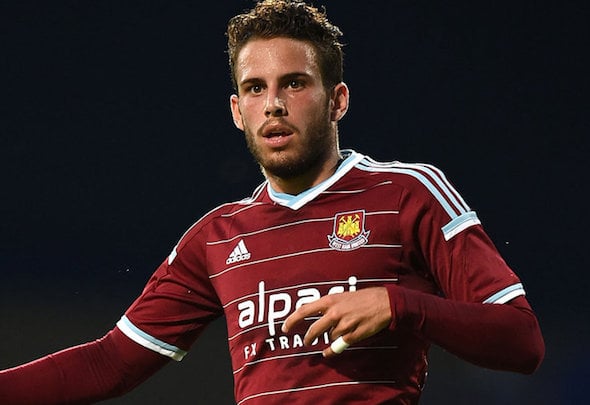 Diego Poyet has open talks about a transfer to Derby County, according to a report.

The Mail claim the central midfielder, 21, is discussing a contract with the Championship club after taking part in training sessions with Steve McClaren’s team.

Poyet, the son of former Sunderland manager Gus Poyet, is a free agent after leaving West Ham in the summer.

It is said Rams manager McClaren is keen to add extra bodies with midfielder George Thorne still recovering from a broken leg.

Poyet made 10 appearances for West Ham but struggled to make an impression under Slaven Bilic and his last match for the club was in October 2015.

Poyet, a Uruguay Under-20 international, has also had loan spells at Charlton, Milton Keynes Dons and Huddersfield.

He has wide experience in the lower leagues, including 30 appearances for former club Charlton and 20 matches for MK Dons.

Derby’s next game is at home to Rotherham United in the Championship on Saturday, November 19.

The Midlands side sit in 16th position in the second tier’s table, with 20 points from 16 games played.

In other West Ham transfer news, the club are lining up a January loan for a 110-cap Spain international.