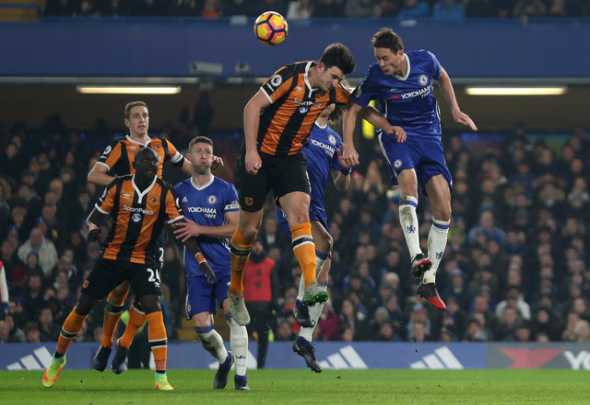 West Ham have joined the race to sign Hull City’s in-form defender Harry Maguire, according to a report.

The Sun claimed earlier this week that Everton, Southampton and Leicester were all keen on the 23-year-old centre-back, who played for Hull in their 2-0 loss to Chelsea last Sunday.

It was said then that £7million would be enough to take him from the KCOM Stadium.

Now, The Sun claim that the Hammers are set to join the Premier League tussle for the signature of the former Sheffield United defender, and are planning a £9million bid.

Manager Slaven Bilic has already completed a deal with Hull this month after Robert Snodgrass moved to east London for £10million, following a wonderful first half to the 2016-17 campaign.

Now Hull could be set to lose another integral part of Marco Silva’s core, after Jake Livermore also left this month to join Premier League rivals West Brom for £10million.

The Tigers will be desperate to keep Maguire, who has been one of the rare, stand-out performers in a Hull side that are looking to avoid the drop under former Olympiacos boss Silva.

Since his move from Yorkshire rivals Sheffield United, Maguire has made a total of 60 league and cup appearances in the gold and black stripes of Hull.

After completing the signing of Southampton captain Jose Fonte earlier this month, West Ham should pass on Maguire despite his sparkling form at the back for Hull this season. Bringing Fonte to the London Stadium means Bilic currently has Angela Ogbonna, Winston Reid, James Collins, Reece Oxford and Fonte to choose from. Signing another centre-back, with funds set to be limited, doesn’t make much sense. Bilic would be better off spending his money to improve other areas of the pitch.

In other West Ham transfer news, Bilic has been handed a glimmer of hope in his pursuit of this striker.