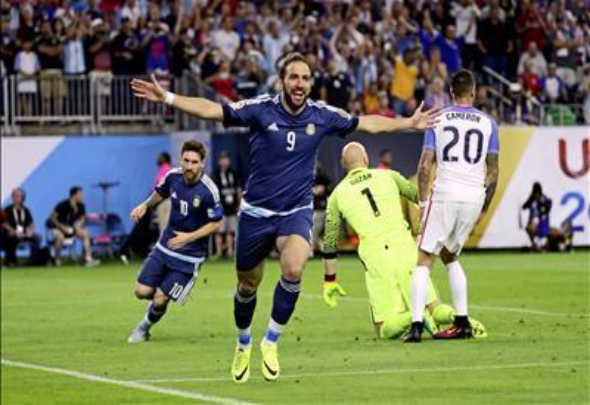 Napoli’s star striker Gonzalo Higuain has an £80million release clause in his contract and won’t be sold for any less, according to a report.

The BBC Sport website claims that the striker will only be prised away from Naples if the purchasing club offer to pay the fee which will equal the second highest -ver transfer fee.

As reported on Football Insider West Ham were preparing a sensational £60million bid for the Argentina international, but it now looks like that won’t be enough after the release clause revelation.

Higuain scored more than a goal a game last season, netting 36 times in 35 league games and providing two assists along the way, helping to guide the Italian outfit to a second-placed finish in Serie A.

The former Real Madrid player has two-years remaining on his current contract but could be tempted by a move to the Premier League.

Higuain has spent this summer competing at the Copa America, in which Argentina lost to Chile on penalties in the final.

Bilic has already completed the signings of Sofiane Feghouli, Havard Nordtveit and Gökhan Töre in the current transfer window.

In other West Ham news, Lyon President Jean-Michel Aulus has claimed the club will snub offers for Alexander Lacazette.