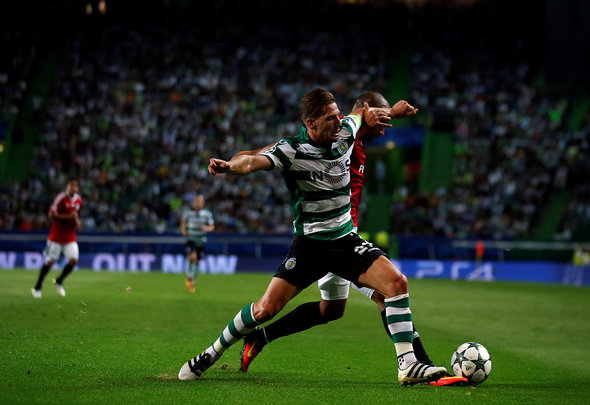 West Ham have become the latest Premier League club to show an interest in signing Sporting CP star Adrien Silva, according to a report.

Portuguese newspaper O Jogo claims on their website that the Irons have joined their London rivals Crystal Palace and Tottenham in pursuit of the 28-year-old Sporting captain.

It is understood that West Brom are also keen on the 20-times Portugal international, who was the subject of a £26.7million bid from Leicester last summer.

The report adds that it is unclear why Silva’s switch to the King Power Stadium did not come to fruition, but it is said that Sporting president Bruno de Carvalho has “made it clear” that he still values the midfielder at £26.7million.

Silva has been a key part of the Sporting CP squad in recent years and is widely regarded as one of their star players.

He featured 36 times across all competitions last season, scoring six goals and supplying four assists in the process.

However West Ham may not be so keen to break their club record transfer for the second time this summer on Silva as co-owner David Gold has announced in June that he already has a strong midfield on his hands.

Gold may believe that the midfield is the strongest part of his squad, but none of Slaven Bilic’s playmakers come close to the quality of Silva. The Portuguese star has been instrumental in the Sporting CP squad over the years and was also key in winning the Euro 2016 title last summer with his nation. He would be a massive step up from Irons veteran Mark Noble and would provide a crucial link between defence and attack. Javier Hernandez can only score if he is given the chance to do so next season, so Silva, although very expensive, would be the perfect man for Bilic to snap up next.

In other West Ham news, Stoke’s chairman Peter Coates has hit out at Hammers new-boy Marko Arnautovic in an astonishing fashion.