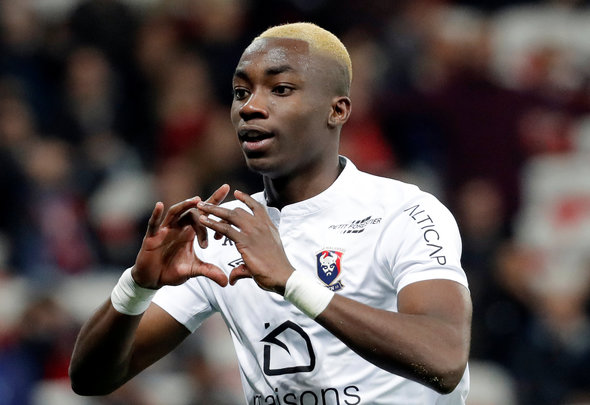 West Ham have made an offer for Caen attacker Yann Karamoh from the French league, according to a report.

Goal France claim that the 18-year-old is expected to leave the Ligue 1 side in the summer and that Monaco are not interested in his signature.

It is understood that Caen have put an £8.7million price tag on the highly rated winger.

The report details that both the Hammers and German club RB Leipzig have responded with bids that match the asking price.

Karamoh made his first-team breakthrough last season at Caen and played a vital role for the top flight club in France as they narrowly avoided relegation.

Karamoh is recognised predominantly as a right winger, but was also deployed in a central role at times last season due to his pace.

He made 35 appearances across all competitions last season, scoring five goals and supplying four assists in return.

The teenager has represented France up to the Under-19s age level and is seen as a very exciting prospect.

West Ham need to seriously bolster their attacking options ahead of next year if they are to get back competing for the European spots. Slaven Bilic’s side looked short of creativity following the exit of Dimtiri Payet and need the likes of Andre Ayew, Michail Antonio, Sofiane Feghouli and Robert Snodgrass to find their best form. Karamoh looks set to have a very bright future and an £8.7million sum could turn out to be a great investment. The 18-year-old proved his qualities in the French top flight and now has a straight shootout between England and Germany. West Ham fans can be excited if they manage to secure the teenager, but should be urging the club to sign proven players too that can make an immediate impact next season.

In other West Ham transfer news, they have offered a contract to an international attacker.