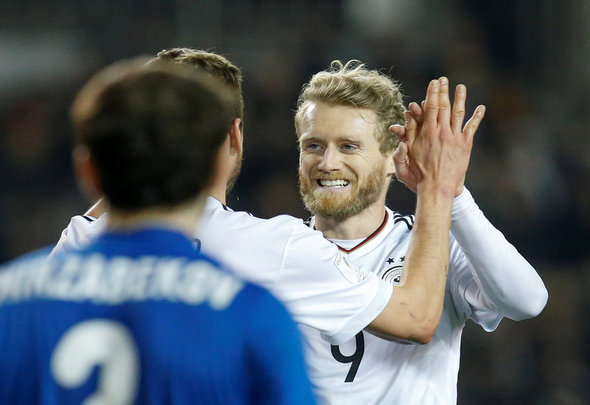 West Ham are ready to try and secure a short term loan for former Chelsea forward Andre Schurrle from Borussia Dortmund in January, according to a report.

The Guardian claim on their website that Hammers boss David Moyes has been tempted to make a move for the 27-year-old hot shot, who is out of favour at the German side as a result of injury troubles suffered this season.

The 57-cap, 22 goal Germany international has only turned out eight times across all competitions for the European giants, and the Hammers are said to be lining up a six month deal to offer more attacking threat in their relegation hunt, the versatile forward seeking regular action to tie down a place in his country’s World Cup squad.

He made 65 appearances for Chelsea during his time in England, 44 in the Premier League, netting 14 times for the Blues.

West Ham already have a whole host of attacking options at their disposal and Schurrle’s arrival would only increase that number. What would be likely if he were to sign on a short term deal is that one of the current options, potentially Diafra Sakho or Andre Ayew, would leave either temporarily or permanently, which would boost David Moyes’ transfer kitty for January. The German did not shine during his time at Chelsea, utilised very much as a bit-part figure, but he could restore his reputation in England by firing the Hammers to Premier League safety.

In other West Ham transfer news, the club are set to cancel one man’s deal.