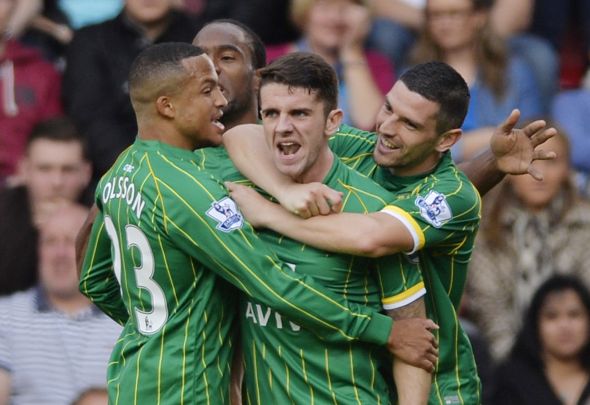 West Ham have been linked with Norwich City’s Euro 2016 stars Martin Olsson and Robbie Brady, as they look to fill the void left by injured left-back Aaron Cresswell, according to a report.

The 26-year-old injured his knee in a pre-season friendly against German side Karlsruher. The BBC have reported that the former Ipswich defender is out for around four months.

London Evening Standard have reported that Slaven Bilic is keen on replacing Cresswell as soon as possible, with Norwich duo Olsson and Brady reportedly high on manager Slaven Bilic’s wishlist.

Brady started all four games for his country in France and scored twice, including the winning goal against Italy which took Ireland past the group stages.

The former Manchester United trainee was a rare shining light as The Canaries were relegated from the Premier League. The Irishman, who has two years remaining on his Carrow Road deal, is known for his deadly set-pieces and versatility.

Swedish left-back Olsson has also been linked, and could be available in a cut-price deal with just 12 months remaining on his East Anglia deal. Olsson is known for his superb crossing ability and pace.

West Ham have also been linked with a move for teenage sensation Rico Henry according to TheWestHamWay, but with Cresswell injured they could look to sign a left-back with Premier League experience.

In other West Ham news, Bilic is looking to end his striker hunt with this Champions League talisman.