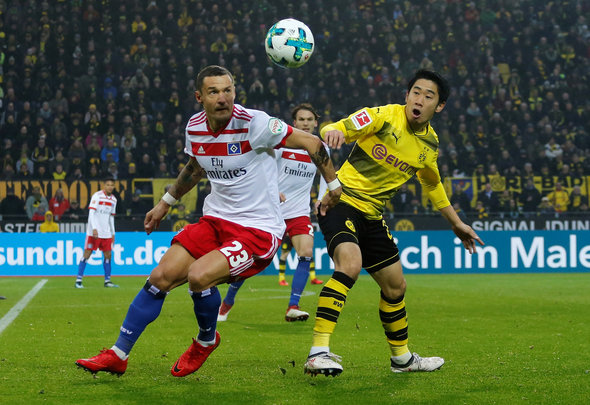 West Ham must do everything possible to sign Borussia Dortmund attacker Shinji Kagawa from the Bundesliga this summer.

A report in the Sun makes the claim that the Hammers will go head-to-head with Everton, who are also keen to tie up a deal for the Japan international.

The former Manchester United attacking-mid struggled during his time at Old Trafford, where he spent two years before making the switch to the German giants.

It would seem that the 29-year-old is reaching the peak of his career on the continent as has become a mainstay in the Dortmund side prior to a malleolar injury which has kept him sidelined.

Kagawa has made a total of 211 appearances for Peter Stöger’s side where he has racked up a 60 goal haul as well as an assist tally of 54.

With Joao Mario set to return to Inter Milan this summer when his loan move ends and rumours suggesting a departure of Manuel Lanzini to Liverpool from the London Stadium, there would be an opening in the side for a new attacking arrival.

And if the Hammers can get the Kagawa of Dortmund, rather than the Kagawa of Man United, they will have a real player on their hands.

The East London hierarchy will have their work cut out though to convince the 29-year-old that they are a better option than Everton and Dortmund, where he is also playing in the Champions League.

However, the club has money to spend after record profits and fans to placate and this signing would go a long way towards doing that.