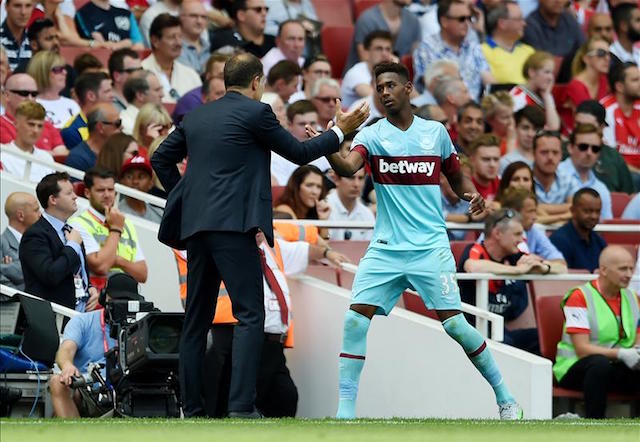 Manchester United’s £10million bid for West Ham’s Reece Oxford has been derailed due to uncertainty surrounding the next Red Devils manager, according to a report.

Oxford, 17, has reportedly set his heart on leaving the Hammers for Old Trafford in the summer, but United have put all transfers on hold as they look to resolve their managerial future.

This has has given West Ham fresh hope they can hang on to one of the most sought-after young players in the country.

Louis Van Gaal is expected to leave United in the coming days, with former Chelsea manager Jose Mourinho rumoured to have already signed an agreement to replace him, and the Mirror claim the uncertainty over the club’s future has caused the Red Devils to stall on their bid.

The £10million offer for the exciting defender has reportedly been in the works for the last month, but executive vice-chairman Ed Woodward has put the breaks on the move as United scramble to decide on Van Gaal’s fate.

As a result, United have yet to make formal contact with the Hammers over Oxford.

United’s cooling has put West Ham on high alert as they look to amp up their efforts to convince the youngster to remain at the club.

West Ham have been alarmed by Oxford’s insistence on leaving, but are still hopeful of tying their youngster-ever debutant down to a new contract.

Oxford is reportedly eager to have his future resolved before he heads away on international duty with the England Under-19s next week.

The centre-back’s current contract runs for another two years, but it is thought Oxford has turned down West Ham’s offer of a new contract and is desperate for more regular first-team action after making seven Premier League appearances this season.

Oxford believes he would get that at United, under Van Gaal’s reign, but is also being monitored by Manchester City.

In other West Ham news, the Hammers are expected to announce the signing of a £20million striker soon.