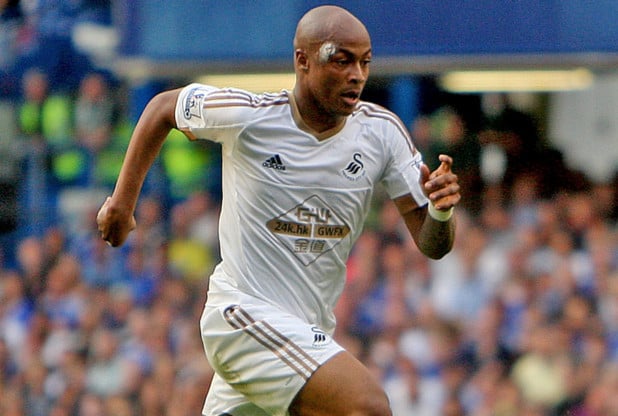 West Ham are looking to tempt Premier League rivals Swansea into selling Andre Ayew by offering Enner Valencia in exchange, according to a report.

Now, the Daily Mail have claimed that the Hammers have discussed the possibility of signing Ayew in return for Ecuadorian striker Valencia moving to Swansea.

Sky Italy journalist Gianluca Di Marzio claimed on his website two weeks ago that the Welsh club were interested in signing Valencia, and the interest appears to have remained in the 26-year-old.

It seems Valencia’s career in East London is drawing to a close, after Lazio were also linked with the versatile forward.

Ayew joined Swansea last summer on a free transfer from Ligue 1 side Marseille, and scored 12 goals in 34 Premier League appearances for Swansea in his debut season in English football.

West Ham are desperate to sign a striker this summer and Ayew is the latest man to be linked with a move to the Olympic Stadium, after losing out on the likes of Michy Batshuayi, Alexandre Lacazette and Gonzalo Higuain.

Swansea’s number 10 would become West Ham’s seventh signing this summer if he was to put pen to paper in East London.

Manager Slaven Bilic has brought in international stars Gokhan Tore, Havard Nordtveit and Sofiane Feghouli to bolster his ranks as the East London side prepare for a European campaign.

In other West Ham news, manager Slaven Bilic has revealed a change in strategy as he looks to add a striker to his squad.