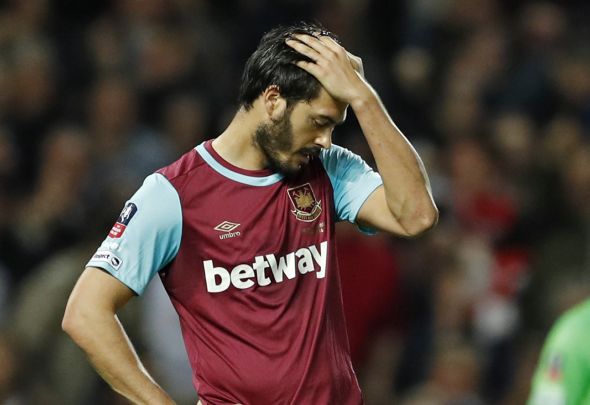 West Ham have slapped an £11million price tag on defender James Tomkins, according to a report.

The Sun claims that Slaven Bilic is willing to allow Tomkins to leave the club as the 27-year-old is unhappy at the Hammers after a lack of first-team action last season.

The Croatian manager has already received £8million offers from Sunderland, Crystal Palace and Stoke for the want-away defender.

He is expected to leave the Olympic Stadium this summer, but only if West Ham get the extra £3million they want in add-ons.

It is believed that the Hammers boss will be given all the money from the proposed transfer to use on a defensive replacement.

West Ham have previously been linked with a shock swoop for Manchester United defender Chris Smalling, as reported on Football Insider.

Tomkins has played 225 times for the London club since coming through their academy in 2008.

The Basildon-born player represented England at Under-21 level in ten fixtures and also appeared in Team GB’s London 2012 football squad.

The defender featured in 32 encounters for the Hammers in all competitions in the recently completed season as they finished in seventh place, securing a spot in next season’s Europa League campaign.

In other West Ham news, Crystal Palace have had a stunning £31.7million bid for Michy Batshuayi accepted by Marseille.