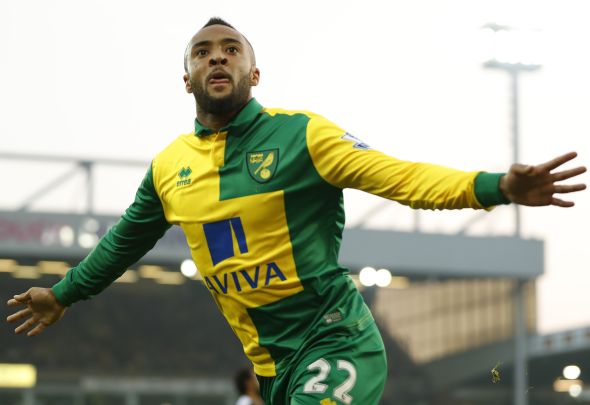 West Ham are interested in signing Nathan Redmond this summer after learning of a release clause in his contract, according to a report.

It is said the 22-year-old has an £8million release clause in his Norwich agreement, which has prompted interest from leading Premier League clubs.

The former England Under-21 international joined the Canaries from Birmingham in 2013 for just under £2million, and he has since made 123 appearances across all competitions scoring 14 times.

Redmond has scored six goals in 35 league appearances this season and has also supplied two assists for his team-mates.

West Ham manager Slaven Bilic looks likely to bring in a selection of big names over the summer, as the club prepare for moving to the Olympic Stadium and a return to playing European football.

Earlier on Monday, Football Insider confirmed that Bilic wants to bring Gohkan Tore and Abita Hutchinson to the club from Besiktas.

Southampton are said to be keen on Redmond amid uncertainty over the futures of both Sadio Mane and Graziano Pelle, and the 22-year-old has now emerged as a target for them.

Other clubs, including West Brom and Stoke, have had their eye on Redmond but only the Hammers and the Saints can offer Europa League football next season.

In other West Ham news, a top international will undergo a medical with the club in the next 72 hours.