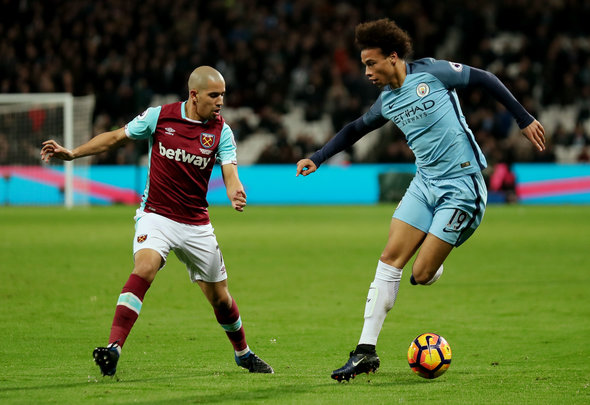 West Ham defender Arthur Masuaku has revealed he is delighted to see team-mate Sofiane Feghouli firing again for the club.

The 27-year-old winger has endured a slow start to life in east London, following his arrival from Valencia back in the summer, but now appears to have found his feet.

Feghouli was the star of the show for West Ham in their recent Premier League clash with West Brom on Saturday, with the Algeria international netting a goal and an assist in a 2-2 draw at the Olympic Stadium.

Masuaku, who recently returned to full fitness after a serious knee injury, revealed to the club’s official website that he was delighted so see Feghouli back in the starting XI, and insists his teammate is really enjoying himself.

He said: “I am so happy for Sofiane and he is really enjoying his football now. The most important thing for him was to get fit because he was not playing at the beginning.

“I am very happy for him because he is a nice guy and a very good player. He is helping the team a lot at this moment.”

Since he was dropped from the starting XI back in December, Feghouli has contributed two goals and two assists from his last eight league appearances.

West Ham fans had to wait until September to see him make his debut for the club in the Premier League, after he missed their first four games with a hamstring injury.

However, after his recent form, Hammers fans will be hoping that there is a lot more still to come from the winger as the club seek to push further up the table.

In other West Ham news, fans have been given a major boost as the club confirm this crocked star is on course to make a full recovery.