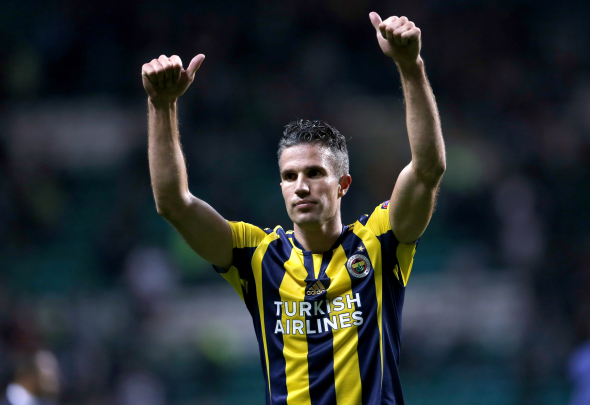 West Ham have declined the chance to sign former Premier League winner Robin Van Persie even though he is willing to take a pay cut, according to a report.

The Mirror are reporting that the former Arsenal and Manchester United striker wants a return to the Premier League a year after joining Fenerbahce.

The Dutch striker netted on 16 occasions last term as he helped his side to Champions League qualification, but he has failed to settle down in Turkey and now wants a return to England.

Mirror journalist Darren Lewis reported on Twitter that the 32-year-old was even willing to take a huge pay cut from his £240,000-a-week contract which has two years left to run.

West Ham decline the chance to sign Robin van Persie despite his offer to take a pay cut. More @MirrorFootball

Van Persie, 32, is regarded as a Premier League all-time great after scoring 166 goals in 336 matches in the competition during his decade at Arsenal and United.

It is said that the London club were willing to bring back Hammers legend Carlos Tevez from Boca Juniors on a £150,000-a-week contract but the club turned their attention to the former Arsenal man who they have now declined to sign.

Slaven Bilic has already made a £24 million move for AC Millan frontman Carlos Baca but West Ham have yet to receive a response from the Italian giants.

In other West Ham news, the Hammers’ £15 million rated striker has handed in a transfer request after the club makes it public that they are in the market for another striker.