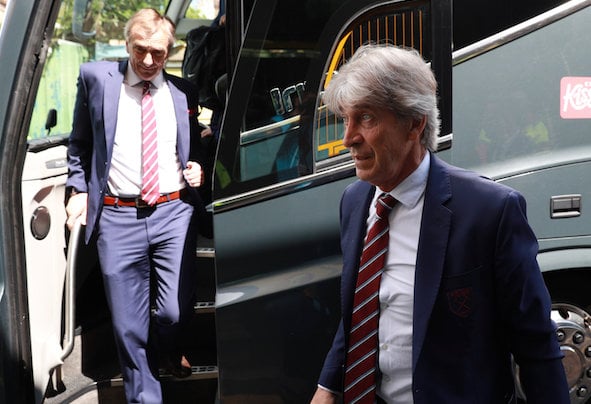 Football Insider revealed yesterday that the Hammers are working on signing the prolific striker, 22, before the window shuts on Thursday, and talks are underway on a deal.

A West Ham source has told Football Insider that the club have tabled an offer of £4.5million for Ajeti, but it has been knocked back by the Swiss club.

Basel are holding out for a fee of over £8million for Ajeti, who has been capped seven times by the Switzerland national side.

West Ham would prefer to sign Ajeti on a season-long loan rather than a permanent deal, as they want evidence he can be a major threat to Premier League defences.

The London club have watched the striker closely over the last 12 months, including in the three matches he has played for Basel this season.

Ajeti has an impressive goalscoring record for his club, with his 96 appearances yielding 43 goals and 21 assists, and last season’s haul amounted to 21 strikes from 43 matches.

This comes as West Ham put the finishing touches to the £3million signing of Boavista centre-back Goncalo Cardoso, who is set to become their fifth summer signing.