West Ham may sign Jesse Lingard in a £35million deal including add-ons this summer.

That is the view of former England international Kevin Phillips, speaking exclusively to Football Insider about the Hammers’ hopes of securing the 28-year-old’s services on a permanent basis this summer.

Lingard starred for David Moyes’s side on Sunday as they moved back into the top-four with a 3-2 win over Leicester City. 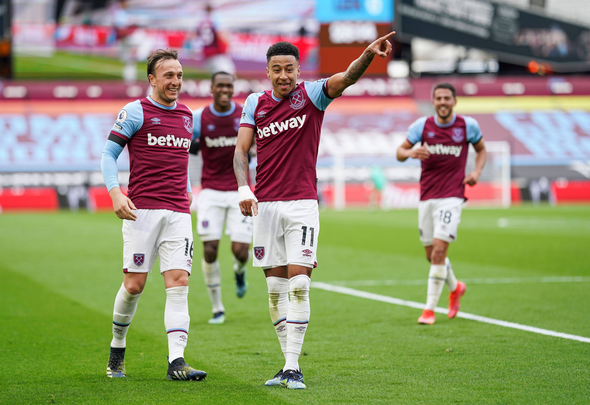 The England international, on loan from Manchester United, scored twice in the victory to take his total to a staggering eight goals and four assists in nine appearances for the Irons.

Sky Sports‘ Kaveh Solhekol revealed on Tuesday that the Hammers will “do whatever it takes to try and sign” Lingard permanently at the end of the season.

Phillips believes a deal in the region of £30-£35million would be “great for all parties”.

“I think £30million would be a very fair price in the current market for a player of that calibre,” he told Football Insider. “I do not think he is worth £50million or even £40million.

“It could be a £30million deal that rises up to £35million with add-ons related to his performances. I think that would be a good deal for all parties involved and certainly for West Ham.

“He is clearly enjoying his time there and David Moyes is certainly getting the best out of him. He has been nothing short of phenomenal.

“£30million would be a great deal for all parties concerned and I think it will probably happen.”

In other news, Danny Mills claims West Ham may be without Declan Rice for longer than first feared.